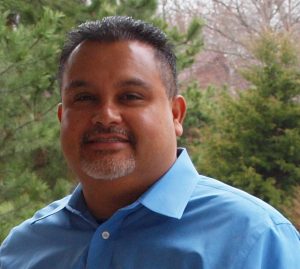 Julio Santiago, DNP, R.N., MSN, CCRN, VA-BC, grew up in a high crime area of Brooklyn before making a move to Illinois with his father following his parents’ divorce. He knew he wanted to help others, particularly those from underserved communities, and felt a solid education could help him do just that. In 1990, he completed his associate’s degree in nursing at the College of DuPage and entered the workforce. Santiago’s first area of expertise was behavioral health. He observed a considerable amount of misinformation and room for growth while going on to receive his bachelor’s from Olivet Nazarene University in 1996. Though he knew he was making an impact, Santiago felt continuing to further his education was essential and so returned to his alma mater in pursuit of his masters. Around this time, he joined the Illinois Board of Nursing, where he served as a member from 2005-2015 and a chairperson from 2008-2014. Upon receiving his masters, Santiago was asked to fill an opening in the National Council of State Boards of Nursing, where he was later elected for another term and ultimately served from 2009-2012.

Nothing ventured, nothing gained 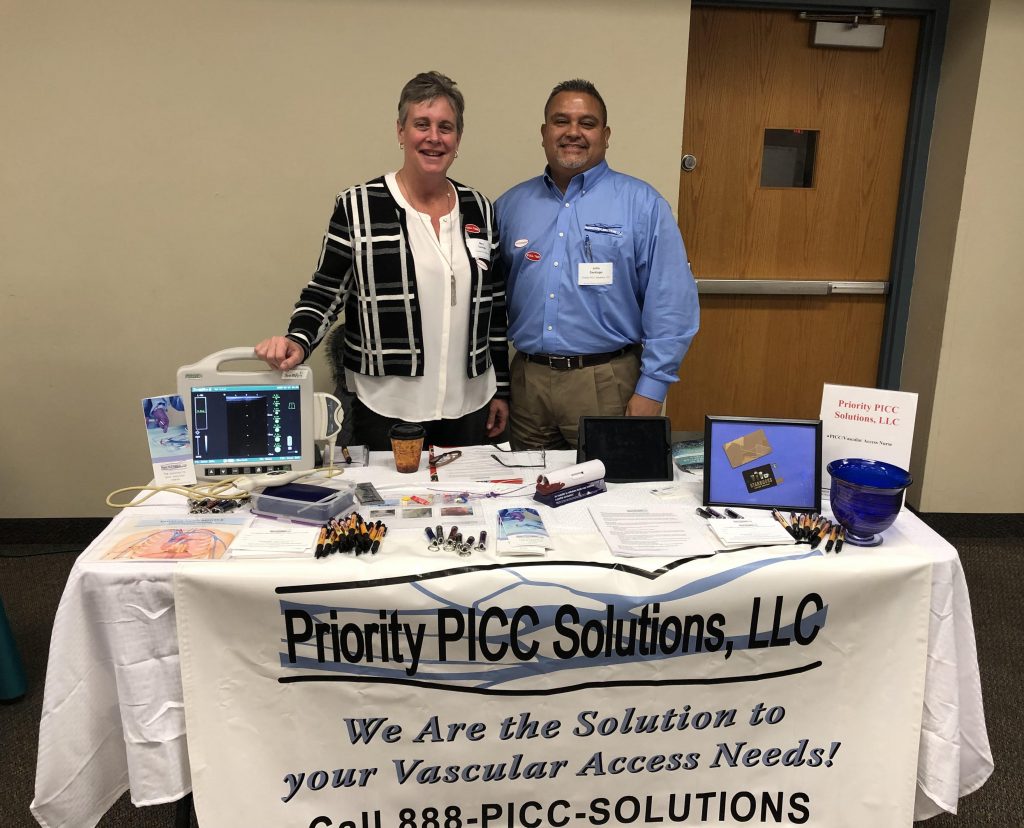 In 2008, Santiago and his wife, Mary, opened Priority PICC Solutions, a mobile vascular access service with certified nurse specialists that provide services across the Chicagoland area. Mary, a vascular access nurse, came up with the idea, feeling there was a need in the community, and they could truly make an impact. Santiago felt his involvement with the board was also a contributing factor. He asserted, “As I was learning about the regulatory process, I realized many things were happening in practice where we don’t necessarily follow what we should be doing. We do things because it’s how it’s been done for a long time and not necessarily because it’s what is best for the patient. Sometimes, that gets in the way of us being where we need to be.”

Before beginning, Santiago felt he needed to speak with someone who was doing similar work. After calling numerous people to no avail, he finally got a call from Gail Heckler, RN, and president of P&A PICC, who had been running a similar practice in California and Hawaii. Heckler was excited to assist the Santiagos in their quest to establish something similar in Illinois. They flew to California, where they spent a few days with her, ultimately building a relationship that lasts to this day.

At Priority PICC Solutions, nurses are supplied with all the resources necessary to perform services, only visiting the home office to pick up supplies. Santiago thinks what sets his firm apart is a dedication to providing the comprehensive education that his nurses didn’t necessarily see in practice, enabling them to do the best job possible, “I know that when they go out there, they’re the experts. They’re able to make the recommendations that prevent putting a patient at high risk for complications, and we’re able to support them every step along the way.”

Giving back to the nursing community

Santiago credits Leo Jurado, a nursing professor he met through the NCSBN, with helping him understand the value of joining organizations. Jurado is very active in the Philippine Nurses Association of New Jersey and the Philippine Nurses Association of America. In that same vein, Santiago provides mentorship through his work as an educator and his involvement in organizations like the National Organization of Hispanic Nurses. He says, “I think that as we gain more knowledge and become experts in our areas, we need to share it with other people. It helps me to be able to talk to nurses coming up through the ranks and to provide them with ideas and support when they need it.”

Santiago recently joined a legislative committee through ANA-IL. He can contribute his knowledge while also learning from others, saying, “It’s a group of highly committed nurses with different areas of expertise. And I think that makes a big difference. When we look at things from a different perspective -whether you’re a case manager, an advanced practice nurse, an educator, whatever position you may hold- and explore several perspectives to provide input on the serious matters that impact Illinois’ stakeholders, it makes a big difference.”

Advice for other nurses looking to start a business 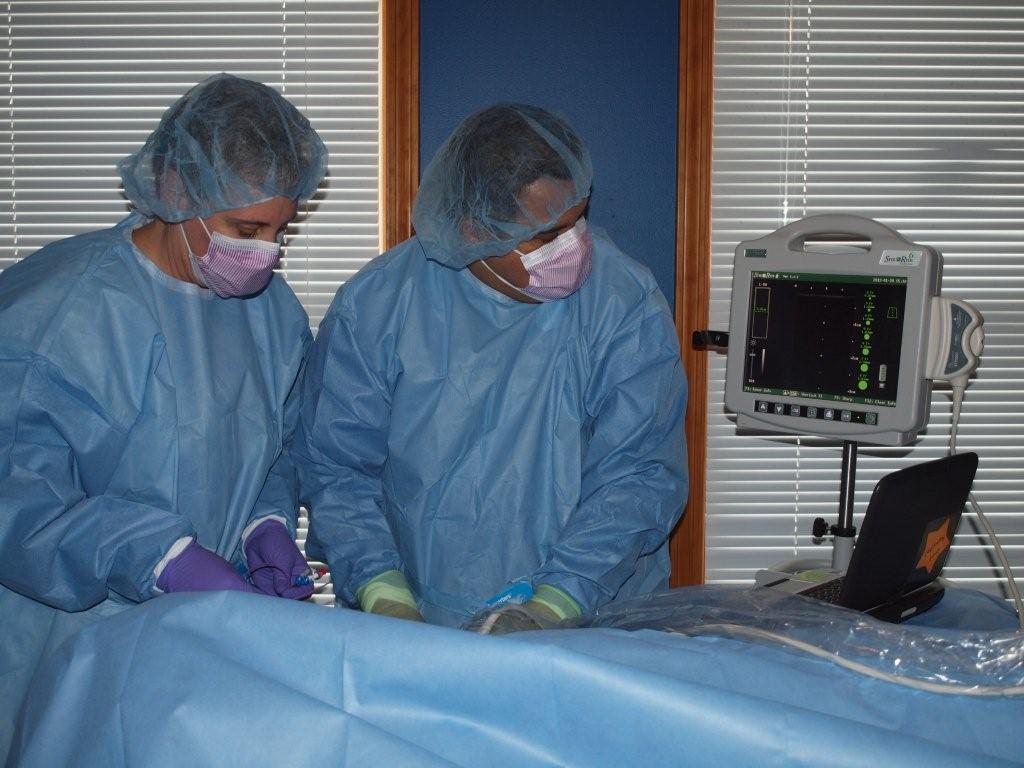 Outside of preparing yourself through education and a solid plan, Santiago advises, “As nurses, I think we sometimes struggle with this idea that we have to know everything. And I don’t necessarily believe that. I think part of what makes an organization strong is when you have people coming from all sorts of different backgrounds with different experiences and expertise. So when you’re thinking about opening up a business, don’t just go into it because you’re a good nurse. Find resources that will help balance your expertise in the areas where you’re maybe not as strong so you can be successful in the future. It would help if you had good mentors in your life. I have mentors I’ve been friends with now for over 15 years that have helped me look at things from different perspectives and encourage me to move forward. Whenever I run into issues with nursing or anything I may be struggling with, I reach out to one of those mentors. Whether it’s Gail Heckler, Leo Jurado, or maybe a personal friend I’ve known since childhood with different expertise, I’m able to sound things off to them and get the support I need; Because you can’t feel like you’re doing this alone. It is overwhelming every day, so knowing you have the support you need makes a big difference in where you’re going to be in the future.”

The value of organizations

Reflecting on recent affairs and proposed regulatory cases, Santiago argues it’s more crucial than ever that nurses join organizations that empower them, explaining, “We need to make sure our voices are heard. And we need to join other nurses who feel the same to impact change. Whether it has to do with regulatory processes that impact the way we practice, improve patient care outcomes, or implement policies, we need to be a voice in that. Nurses need to consider joining organizations that will be a voice that helps them get the message out.”

“I choose organizations that impact how we practice and what we need as nurses to protect the public. I want to ensure everyone, at every level—whether it’s underserved communities, minorities, or anyone else—gets the care they need. So that drew me to the ANA. Some of what we see in ANA is the same as the Illinois Board of Nursing and the NCSBN; They’re there to protect the public, make sure they’re getting good care from safe practitioners, and, essentially, protect the practice of nursing and public health.”