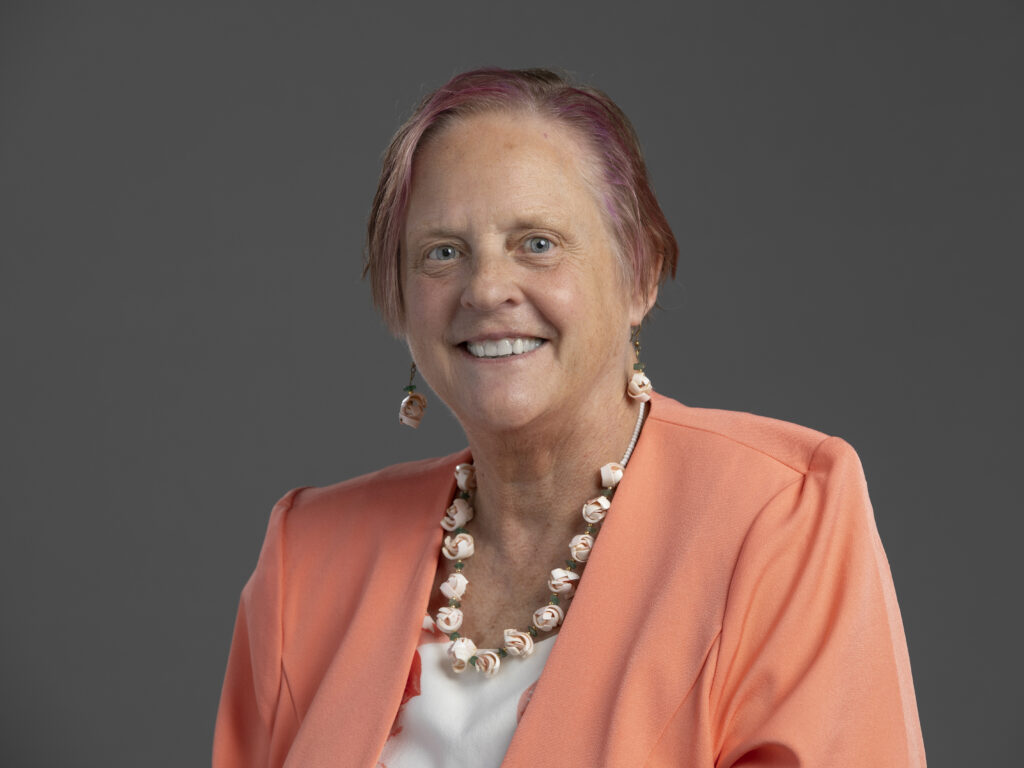 Sarah Ailey, PhD RN FAAN, is a professor in the College of Nursing at Rush University Medical Center, which “has a history of being on the forefront of healthcare for people with disabilities.”

“I’m a mother of a 46-year-old son with intellectual disabilities, so there’s that aspect of it. I have that family advocate role. I’m the ultimate case manager,” says Sarah.

“I finished my PhD 20 years ago. Most of my work has centered around health and healthcare—particularly of people with intellectual and developmental disabilities, but with disabilities generally.”

A keystone of her work is directly involving advocates with intellectual and developmental disabilities.

She has had several high-profile projects funded from national agencies, including a conference in 2017, which was called Partnering with People with Disabilities to Transform Health Outcomes, funded by the Agency for Healthcare Research and Quality, and the Working for Inclusive and Transformative Healthcare (WITH) Foundation. The conference gathered about 150 healthcare providers, academics, policymakers, advocates, and more. Of the attendees, close to 30% were advocates with intellectual disabilities.

“Having advocates at the conference really changed the dynamic. I actually think if you want to have a conference, have advocates. That’s what you need to do. They’ve got to actually be there.”

She’s currently the principal investigator for a national consortium that came together in part through her work on the conference. Together with 5 co-leading institutions, the consortium is developing professional education curriculum materials and practice experiences that will be integrated into Interprofessional Education programs at the 5 institutions. Then it will be incorporated into 30 more over the next 5 years. The work is funded by a 5-year grant from the Administration for Community Living.

“We have advocates with intellectual and developmental disabilities on all the action networks and our steering committee. We’re using principles of participatory action. As we reviewed it, we were happy, but we wanted more.

“We’ve established a separate advocate advisory committee. We think that’s improved the conversations. They’re also coming up with ideas independent of what the other networks are doing. We’ve been happy that we’ve established that group.”

Another long-term project is a cognitive behavioral intervention program called Steps to Effective Problem-solving (STEPS) among people with intellectual and developmental disabilities living in group homes. STEPS was funded by an NIH R01 grant.

“We work with homes where there’s high rates of behaviors, but we deliver it to everybody in the home—the staff included—but as far as I know it’s the only NIH-funded cognitive behavioral intervention with people with intellectual disabilities.”

Thirty years after the Americans with Disabilities Act, people with disabilities still face discrimination every day.

“There’s so much outright discrimination out there. It’s a problem.”

She points to a 2021 survey of physicians.

“Only 56.5% of physicians strongly agreed they’d be willing to have people with disabilities in their practice. 82% thought that the quality of life was worse. It’s a pretty appalling state of affairs.”

The pandemic response in hospitals highlighted policies that disproportionately affected people with disabilities.

“Don’t get me started on the restriction of visitor rights. That’s part of the outright discrimination that went on, and it never occurred to them that it was a problem. We’re going to have to address ableism in healthcare, like we’re trying to address racism and bias based on gender.”

She sees some micro-credentialing as one part of a potential solution.

“At least some critical mass of nurses who got some credentialing to care for people with intellectual and developmental disabilities could make a difference on units.

“In hospitals, sepsis is already hard to pick out and you have someone who may not communicate well—who often may have sensory issues. By the time they’re telling you they’re sick, they’re really sick. To express where and how that is or being able to specifically localize it, that it’s their tooth or their belly, they might just tell you they don’t feel well. Nurses having more specific knowledge of what that might look like in [people with intellectual and developmental disabilities] could be helpful.”

Of course, tackling discrimination for a population that crosses racial, ethnic, and socioeconomic lines requires action on multiple fronts.

“We’re going to have to address it or it’s not going to change. It has to come from the bottom up and the top down. You have to have the organizational support.” 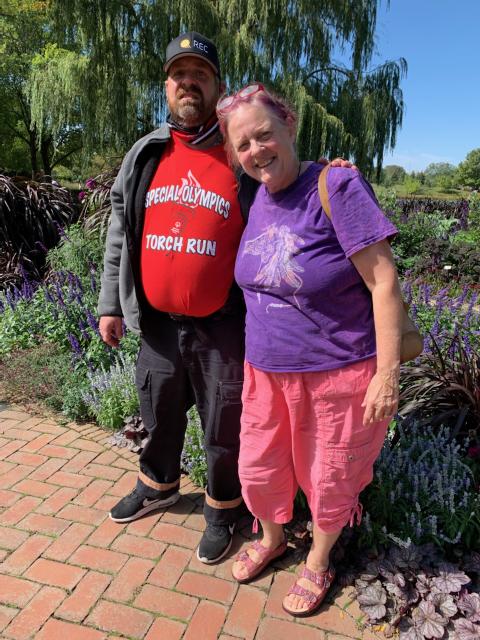